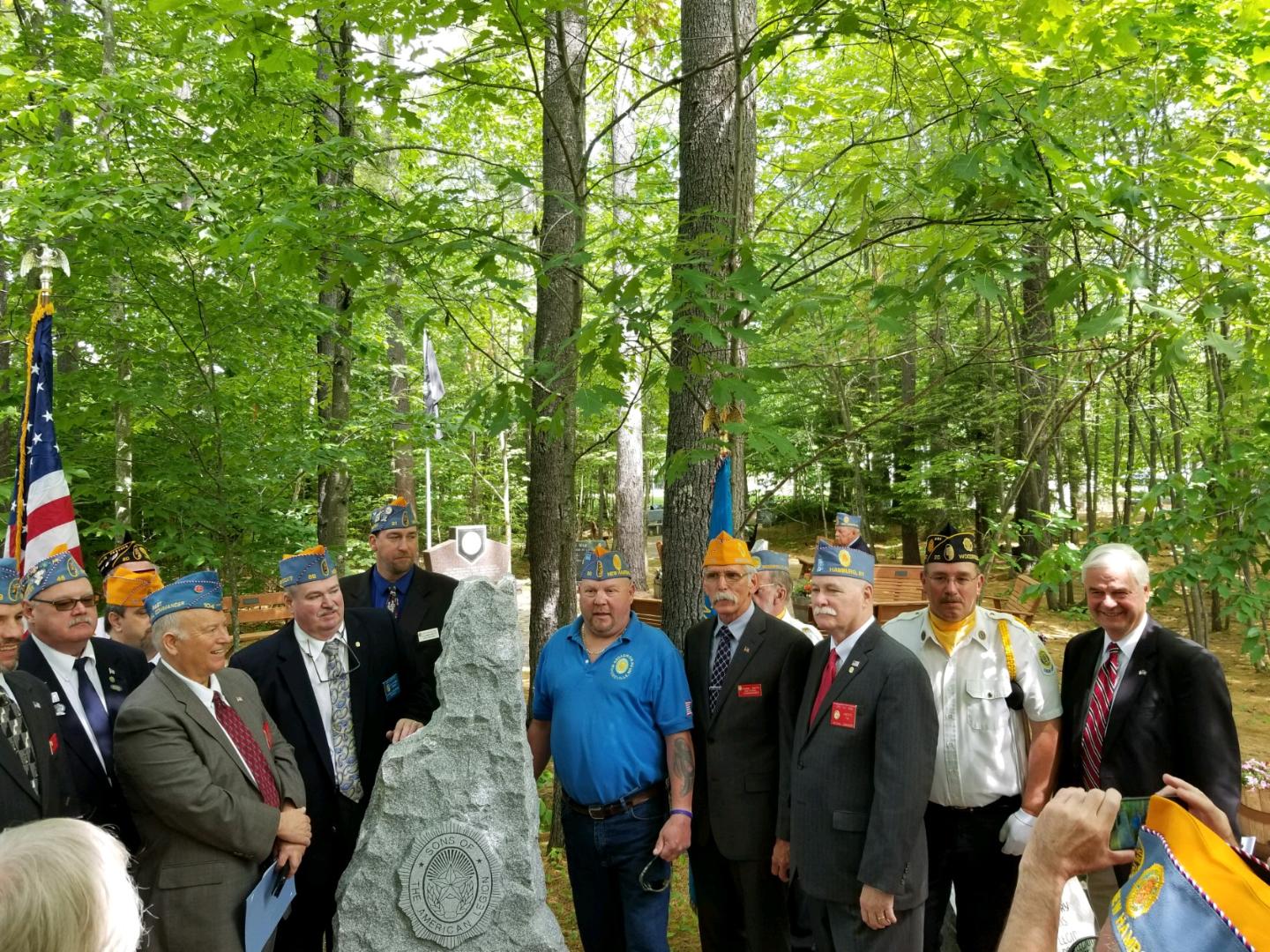 A memorial walkway in the New Hampshire State Veterans Cemetery was lined with monuments dedicated to various branches of service and veterans service organizations, including The American Legion and the Legion family.

But there was no memorial from the Sons of The American Legion — until now.

On Saturday, a three-year project to erect a marker for the Sons came to fruition with a ceremony to dedicate the six-foot-tall, 3,500-pound monument at the veteran’s cemetery in Boscawen, N.H.

Gary DesRosiers, the finance committee chairman for the New Hampshire detachment of the Sons, said the project stemmed from a budget meeting with the state department three years ago.

“They asked, ‘Have you guys ever been up to the cemetery in Boscawen?’ Of course, I’ve been there for services. ‘Well, you know they have a memorial walkway up there. … there’s an area up there in the back corner where it’s pretty much just American Legion.’”

But there was no memorial from the Sons. “All of the other organizations of The American Legion Family in New Hampshire, everybody had something up there in Boscawen except us,” DesRosiers said. “It was extremely important to us to have the respect and dignity of our forefathers who fought in the great wars, which is in our preamble.”

So DesRosiers sought and received permission to have a monument made. Phil Davidson, a detachment vice commander who works for a granite monument company, helped get the marker made.

“There can never be an exact duplicate of that stone because it was hand-chipped out of granite,” DesRosiers said.

Stephens said during the dedication, “The monument is more than a piece of granite. It serves as a reminder that the Sons of The American Legion are serving the veterans, widowers and their families.”

DesRosiers extended his thanks to the color guard from Woodsville Detachment 20; Legionnaire Patrick Boyle, who played the bagpipes at the ceremony; visitors from the Vermont SAL detachment and past and present leadership of the entire Legion Family who attended the ceremony.